Every time there’s an important International event, prostitution plays a big role. EXPO Milano 2015 doesn’t constitute an exception.The city has been preparing to welcome visitors, but also their sexual escorts, for months. Of course, Pequod doesn’t mean to introduce you to the world’s oldest job, but at the eve of the great opening we had a chat with Vincenzo Cristiano, president of ALA Milano Onlus, and Luca Rousseau, coordinator of Progetto Via del Campo, and they told us something about a particular kind of prostitution – transgender prostitution.

Before analyzing the link between EXPO and prostitution, could you try to describe what transgender prostitution means in Milan?

V.C.: First, we need to distinguish between street prostitution, the most known type of prostitution, as it’s the most visible and involves the local residents, and another kind of prostitution, which takes place in different environments – night clubs, private houses and websites. This particular kind of sex work indeed constitutes the 90% of the total amount of prostitution, while in Italy we usually consider only the street one. Among the 5000 sex workers operating in Milan, 500 are transgender. Only 100 of them work in the streets; the rest works in other contexts, especially in night clubs.

L.R.: Via del Campo is a multifunctional centre, working together with the prevention department of the Italian Public Healthcare system (ASL) since 2009. It deals with STDs, offering medical, psychological and social help. These are all very important aspects, because dealing with prostitution doesn’t only mean taking care of medical problems, but also helping a group of people who risk social exclusion. Since 2009 our centre has worked with 1000 people, 500 of them transsexual people. Among these, 100 are trans men (FTM), working especially with male customers, while most of them are trans women.

Which is the average age of transgender prostitutes? Where do most of them come from?

V.C.: In Milan the average age is 25 years old. The majority of them is not Italian, but comes from extra-European countries and in particular from South America – especially from Brazil and Peru.

L.R.: Half of the transsexuals are from 25 to 34 years old and come from Southern America.

What are the reasons for which transsexual people prostitute themselves?

V.C.: First of all, we should clarify that not every prostitute decides to do this particular job because they are desperate or don’t have any other option. It’s a job like many others and sometimes it’s simply a free choice. This is valid for prostitution in general. When it comes to transgender prostitution though, things are quite different. Undergoing a medical intervention to complete the sexual transition is a decision that is still seen with prejudice, that’s why it’s hard for transsexuals to get a job outside the beauty-care industry and restaurant industry. Prostitution becomes the only way to survive.

L.R.: Usually, prostitutes are people who can’t find their place in the job market and transsexual prostitutes are quite required in Milan. However, we must say that recently some multinational companies are starting to hire transsexuals according to the Diversity policy.

Have you noticed an increase of prostitution connected somehow to EXPO Milano 2015? How does it occur?

V.C.: Yes, we’ve noticed an increase but not in the streets. The offer online has increased, through specialized agencies, like Rosso Scarlatto and other meeting websites – new websites appear everyday. This is normal though, for example in Brazil for the 2014 World Cup they were preparing themselves for months before the event, offering English language lessons to prostitutes in order to give them the possibility to understand the dangerous situations and distributing condoms to promote safe sex.

L.R.: We don’t have real data now, but we’ve noticed an increase in the number of websites, also for the Design Week. Also, during the 2014 World Cup in Brazil we’ve noticed a decrease of transsexuals in Milan, as a sign that prostitution isn’t a local phenomenon anymore, but follows the international events.

What are you doing to be ready for the 1st May, the EXPO Milano 2015 opening? It seems like Italian institutions are not exactly helping…

V.C.: ALA Milano Onlus, together with Milan city council, has been promoting for months projects to spread the message of safe sex, which had started for Design Week, with the support of videos, too. That’s all, unfortunately.

L.R.: We’ll work mainly through the multifunctional centre, open twice a week, while our mobile unit will focus mostly on male prostitution, which is the most endangered one and needs a bigger effort concerning prevention. 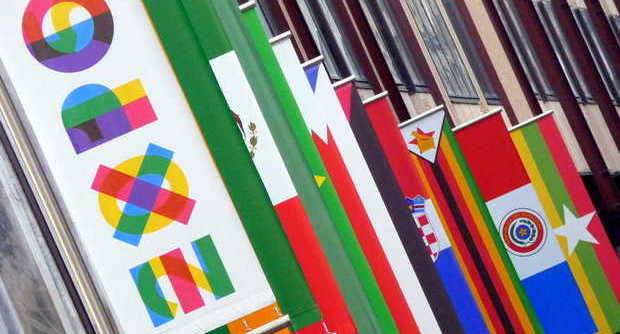 Are you going to carry on a campaign of prevention and education for the whole period of EXPO Milano 2015?

V.C.: Sure! Actually, our campaign is going to last longer than EXPO, ending the 1st December, International Day against AIDS. A particularly important project is Contatto Sicuro, a web site promoting prevention and information about STDs, giving the possibility to take anonymous and free HIV tests and medical consultation at our centre.

L.R.: The problem concerns the money, because the government doesn’t spend public money for social problems. Our only help comes from the Public Health System, but still it’s not enough to cover all the expenses which are necessary to support every emergency. In occasion of EXPO Milano 2015, there hasn’t been a particular effort or will to collaborate with us and support our prevention project concerning prostitution.