Legalised or not legalised, that is the question

When it comes to the use of so-called soft drugs, including marijuana and hashish, the first European country to spring to mind is the Netherlands. Well known for its advanced stance towards technology, the high quality of its education system, and the considerably small size of its population – amounting to only 17 millions inhabitants – this charming country is also famous for its interesting soft drug policy. Young folks from other European countries – where the use of hashish or marijuana is most often illegal – take the opportunity to travel to the most beautiful Dutch cities to practice what has come to be known as drug tourism. Rather than visiting the gorgeous attractions this land has to offer, drug tourists spend their time smoking pot in its numerous coffee-shops. Although the common myth is it that the sale and use of hash and weed are completely legal in the Netherlands, it is more accurate to say that there is a specific toleration policy concerning their use as soft drugs. As the website of the Government of the Netherlands reads, selling these substances is in fact a criminal offence. However, this is not prosecuted by the Public Prosecution Service.

An obvious question arises: why does the government tolerate the sale of soft-drugs in coffee-shops if their trade is considered a criminal act? The main reason for this attitude seems to be that closing an eye on their sale in dedicated coffee-shops helps preventing users from having to resort to street dealers, who might also sell hard drugs. This policy has a set of specific rules, which apply to both coffee-shops owners and customers: the former are required to obtain a licence from the municipality, and the selling of alcoholic drinks is not allowed on the premises, while the latter are entitled to own a maximum quantity of five grams, and no more than five cannabis plants, per person for personal consumption. It is important to notice that the Dutch government ensured that a clear distinction was drawn between soft and hard drugs. The difference was settled as early as 1919 with the first Opium Law, which regulated the commerce and use of all hard drugs, while the second Opium Law, passed in 1928, introduced a second list of substances considered less harmful and addictive. The current legislation, known in Dutch as Opiumwet, has been amended over the years to include new substances made available on the drug market, and classifies them on the basis of risk. The most recent Opium Law has two schedules which differentiate between hard drugs such as heroin, cocaine, ecstasy and GHB (list I), and soft drugs, like hashish and marijuana (list II).

The application of the policy has recently been modified with regards to tourists and foreigners: in 2010 the European Court of Justice ruled that municipalities can forbid the sale of hashish and marijuana to non-residents. For this reason, in some localities, only Dutch citizens are now allowed to enter the country’s famous coffee-shops. The restriction is not applied across all Dutch municipalities: for example, Amsterdam’s City Hall decided not to approve it, while localities such as Roosendaal, Maastricht and Tilburg enforced it with the hope that it would help limit the flux of drug tourists from bordering German regions. 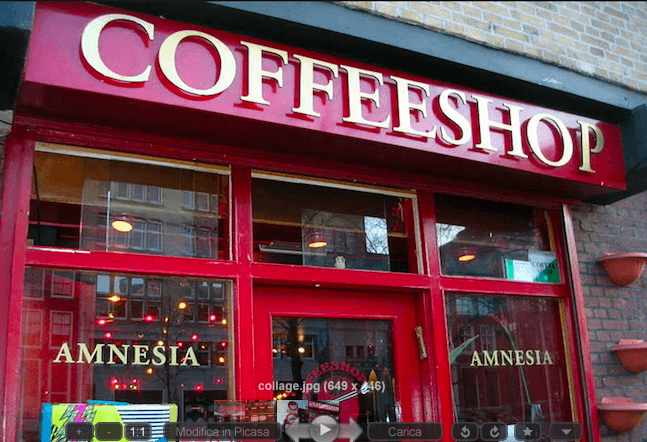 The public opinion about the toleration policy is divided, and the latter is the topic of heated debate and political propaganda among political parties, both in favour and against it. The liberal nature of the country seems to be an important factor: when asked their opinion about the soft-drug policy, most people in the Netherlands agreed that tolerance is a better solution than old-fashioned prohibitionism.