‘Samizdat’, or book smuggling beyond the Iron Curtain

Once upon a time there were book dealers and people risked conviction for their readings.

Imagine the United States during the Twenties – Prohibition, Al Capone and contraband of alcoholic beverages – but what is being passed under the counter here are books, not moonshine. We’ve drafted a list of interesting facts about the practice of book smuggling in the Soviet Union, which used to be particularly common in Czechoslovakia and Russia.

The Russian word samizdat means “self-publishing” and was coined by the Soviet poet Nikolaj Glazkov in the Forties. It refers to a form of dissident activity of underground publications across the Soviet bloc: back in the days Soviet censorship was in fact a real drag and people turned to samizdat to produce, spread and exchange censored literature.

Samizdat texts were passed around among trusted friends. Carefulness was a necessity, as the punishment for this underground activity wasn’t exactly soft – if caught, the luckiest would serve some time in jail, but the risk of ending up in a creepy psychiatric hospital in the middle of nowhere was tangible too. Nevertheless, and despite the authorities being aware of it, between the end of World War II and the Eighties the phenomenon kept growing. In 1970 Yuri Andropov, Chairman of KGB from 1967 to 1982 and later General Secretary of CPSU, expressed his concern as he reported the existence of more than 400 clandestine publications.

If you thought that samizdat publications were only anti-regime texts devoid of literary relevance, you couldn’t be more wrong. Few would guess that part of Mikhail Bulgakov’s masterpiece The Master and Margarita was published as samizdat. Conscious that the novel represented what was probably the strongest satire of the Soviet Union ever to be written, the author himself had to censor more than 10% of it prior to publication. As a result, the “clean” version was published in the magazine Moskva between 1966 and 1967, while the omitted and amended parts were printed secretly and distributed by hand.

But Bulgakov isn’t the only notable writer to have been involved in Soviet book contraband: literary works by Nobel Prize Iosif Brodsky, Aleksandr Solženicyn and Milan Kundera, to name but a few, were also published as samizdat. 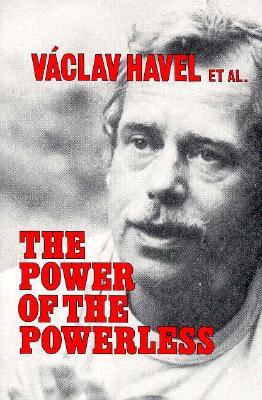 Literature wasn’t, of course, the only genre transmitted via samizdat. Political essays and any written material that could be seen as propaganda against Soviet power followed the same underground path as dissident literature. Václav Havel’s essay The Power of the Powerless became a manifesto for dissent in Czechoslovakia, Poland and other countries ruled by communist regimes, becoming a notable case of samizdat. 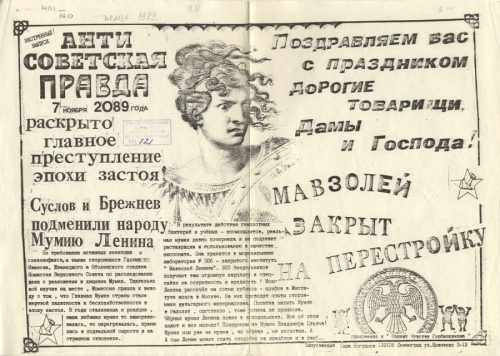 Underground texts used to be reproduced in a number of different ways and through different techniques. Many smugglers used carbon paper at this end, either writing by hand or on a typewriter. To make the job faster people would use office printers during night-shifts, when supervision over employees was more relaxed, to produce large quantities of their contraband materials. Some groups were so well organized that they owned semiprofessional printing presses and were able to print actual books.

6. From samizdat to tamizdat

Sometimes the publishing and passing around of samizdat materials were too risky even for the bravest smugglers, which explains why some books could only be published abroad. This practice is usually referred to as tamizdat (tam means “there” in Russian) and its most notorious case is Boris Pasternak’s Doctor Zhivago. Labelled “a malicious libel of the USSR” by Foreign Minister Dmitry Shepilov, the book was denied publishing in the USSR and eventually saw the light of day in Italy thanks to the Italian communist publisher Giangiacomo Feltrinelli.