The impact of Brexit

The UK, with its strong economy, excellent education standards and attractive multicultural society, has been a popular destination for migrants from all over the world for decades. Immigrants now account for 12%, 7.8 million, of the UK’s population. Of these, 2.4 million are from Europe.

People move to this country for many reasons – some are fulfilling the dream of a lifetime (like myself), some are escaping hardships in their own country, whilst others simply have to to leave their family and friends because there are few jobs where they were born.

The UK has been welcoming migrants and absorbing parts of their cultures through the years, making it a great cosmopolitan place to live. I tasted my first pad thai, tikka masala, red pesto and Halloumi in London. I learnt about Diwali in Bournemouth and find more and more Italian products in the supermarkets every month – Barilla pasta sauces, limonata Sanpellegrino and Nduja.
Given the increasing influence Europe has on Britons’ daily lives, you’d expect to see a feeling of increasing unity with Europe. Yet, you’ll often hear Brits referring to Europe as a foreign entity; nothing to do with the UK. 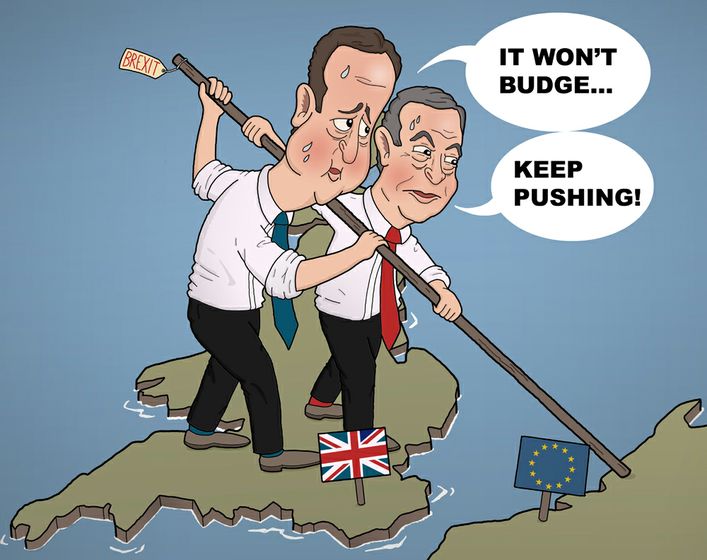 This mentality is long established; it goes back to at least WW2 and is certainly still evident in the mindset and politics of the UK today. Factions in the ruling Tory party are determined for the Britain to exit the EU (Brexit).

Prime Minister David Cameron and the Tory leaders realise how detrimental leaving the EU would be, so they are determined to renegotiate changes to the UK’s membership and are campaigning to stay in the EU.

However, euro skeptics are doubtful of the effectiveness of this renegotiation. The demands have a huge focus on the freedom of movement, as the ruling right wing want to reduce the flow of migrants, especially unskilled workers, moving to the UK. 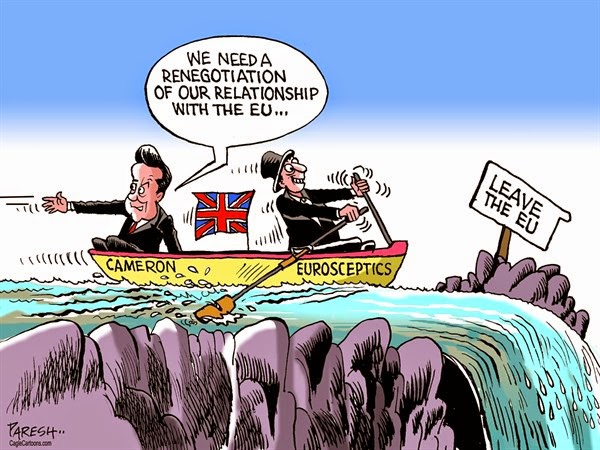 There will be a referendum before the end of 2017 to allow Britons to decide whether to leave or not, no matter how Cameron’s renegotiations go. Groups for and against Brexit are already campaigning. Leave EU and Campaign For An Independent Britain are making their voices heard loud and clear.

The right wing press in Britain paints a picture of unskilled foreigners moving to the UK just to claim jobseeker’s allowance. However, only 2% of people claiming benefits are from the EU. Moreover, Brexit wouldn’t affect foreigners or unskilled workers only – 2 million Britons currently live on the continent. In 2014 alone, 307,000 British people relocated abroad to countries such as Australia, Germany and Spain looking for some sunshine, a bit of adventure or a cheaper house.

Additionally, many European countries complain about brain drain as a lot of their brightest engineers, nurses and graduates leave the continent to live in the UK. Myself and many other Europeans I know are contributing to the country’s economy with our marketing, software development, journalism and web design skills. We never claimed benefits, even when we found ourselves without a job for 6 months after graduating from a British university.

The proposed reforms would essentially breach the freedom of movement, which is right at the core of the EU principles. They would restrict easy border crossing for everyone – unskilled workers, bright talent and Britons wishing to move abroad alike. Have the people in favour of Brexit thought about that? Have they thought about the impact it would have on the lives of millions of people and their families?

We still don’t know what the practical consequences will be for Europeans already living and working in the UK. The uncertainty and fear have led to more and more people living in the UK applying for British citizenship.

I’m planning to do it myself if necessary, as a desperate move to stay in the country. While a British citizenship costs a minimum of £1,000, my life is here now, after studying and working in the UK for more than five years.

I live with my boyfriend and I can’t imagine moving back to my hometown. I have chosen this life and I won’t allow anyone to take it from me.  I just hope that the British people show an open-minded view of the world, not a closed off island mentality, by voting to stay in Europe.