Organized crime is a scourge as old as time, that plagues both developed and developing countries. The definition of organized crime has been the subject of considerable debate among scholars for years, probably because it can be found in various forms that result from different histories, customs and traditions. Italian Mafia, Chinese Triads, Japanese Yakuza – each of these organizations have their own characteristics and peculiarities.

However, most of the organized crime groups in the world do share a common trait: they all have a set of rituals and symbols that determines the group membership, the so called “bonding ritual”. Most of these rituals appear to combine elements of mysticism, fraternity initiation rites and references to each group’s legendary origins. 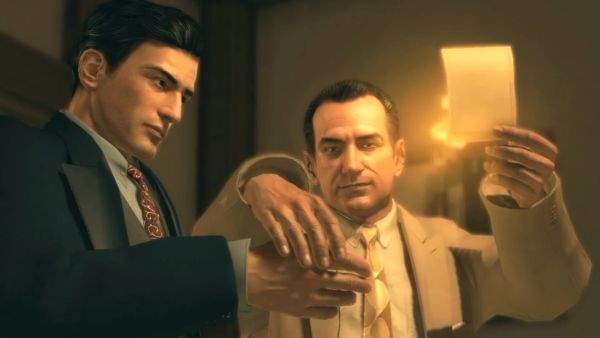 The most notorious and well documented examples of these rituals belong to the famous Italian organized crime groups: Sicily’s Cosa Nostra, Calabria’s ‘Ndrangheta and Campania’s Camorra. The ritual starts with the ceremony of the punciuta: the initiate pricks his finger, rubs the blood on a small picture of a saint and recites an oath of silence as the saint’s picture is set on fire. The rite symbolizes that, should the member betray the organization, he would burn like the saint, so as to say the only possible punishment for betrayal is death. The oath of silence is also a reference to the myth of “Osso, Mastrosso e Carcagnosso”, the three Spanish knights that in the XV century are said to have founded the three groups after spending 29 years of imprisonment in the small island of Favignana. The legend says the three knights came out of prison in the guise of new men, repositories of knowledge, rituals, customs and symbols that were different between them but were all linked by a common thread: the honour and the code of silence. The myth aims at ennobling the organizations by giving them origins that date back centuries.

A legend with similar intents characterizes Hong Kong Triads origins too. According to one of their legends, in XVIII century 128 monks of the Shao Lin convent, famous for its martial arts training, tried to overthrow Qing Empire in order to restore the Ming dynasty. The insurrection led the emperor to burn down their convent and only five men, later known as the Five Ancestors, managed to escape the flames and get to a safe haven. Here they founded the secret “Heaven and Earth society” – later known as Triads – and swore not to find peace until Qing’s defeat. The symbol of Triads itself, the character Hong 洪 encased in a triangle, is a reference to this quest, as it alludes to Hong Wu 洪武, the founder of the Ming dynasty that they hoped to restore to power. According to Triads’ mythology, the fall of Qing dynasty in 1911 was directly set off by the organization, who recruited thousands of people to its cause. The myth is central to Triad initiation ceremony, a highly ritualized process that first involves the passage through the three “Hong” gates and the “Heaven and Earth Circle” bamboo hoop, which represents a sort of rebirth into Triad society. Once in the main hall, the senior officials recite the ritual poems, full of references and allusions to the Triads origin myth, and give the initiate white robes and straw sandals to wear. Ready for officializing his rebirth as a triad member, he swears thirty-six oaths, pledging his loyalty to the Triads and to his new brothers, and binds the oaths by drinking a mixture of wine, blood and ashes. Then the bowl containing the mix is broken to illustrate what becomes of traitors of the organization.

Similar elements can be found in Japanese Yakuza’s sakazuki rite as well. During the ceremony both the initiate and the boss drink a sake mix from cups filled according to their different ranks. Then they exchange the cups and drink from the cup of the other. It is believed that the sake mixture represents the blood of each man and by exchanging cups the initiate becomes bonded to his boss as a son is bonded to his father. The absolute loyalty required from Yakuza can be seen in another ritual as well, the yubizume, which is the amputation of fingers. More specifically, when a boss is displeased with the service of a subordinate, he may require the subordinate to amputate the last joint of his pinkie finger, traditionally the most important finger for holding a sword. While mainly symbolical today, in the past the amputation ritual had practical connotation, as it made the subordinate more and more dependent on the boss by making him less and less able to grip a sword.

But why do most of the criminal organizations in the world have some sort of bonding ritual? What role does the rite play? First, it may lend an air of romance and nobility to the group’s criminal activity, by attempting to transform their vicious acts into a “noble” revolt against society. Second, on one hand it gives a goal to the new recruits hopeful of joining the group, keeping them in line while they work their way up to full membership, on the other hand it instills respect and fear of the institution into the new members once they are accepted into the organization. Finally, the ceremony reinforces the idea of brotherhood among the members – an “all for one, one for all” feeling – making them feel that they “belong”, whatever their rank in the organization is.

Studying these rituals and the reasons behind them shouldn’t be considered as an end in itself, but as a means to better understand organized crime groups’ internal networks and relationships, so as to be able to find more specific and adequate countermeasures to their operations.