How you doin’, Manchester?

Talking about terrorist attacks is not easy at the present moment, when everybody wants to respect the grief of the victims’ families and the privacy of the injured. However, I truly believe that there is a great need to report how the citizens of the countries hit by violence are currently reacting. On the 22nd of May 2017, 22-year-old British Muslim Salman Ramadan Abedi detonated a homemade bomb at the exit of the Manchester Arena in Manchester, England, at the end of a concert by American singer Ariana Grande. Twenty- three adults and one children were killed, Abedi included.

Manchester is a lively city. I had the pleasure to live there during the last winter, and what surprised me most of it was the extreme variety of cultures living together. For example, I was truly impressed by the huge sign indicating the Gay Village in the city centre, something that couldn’t happen without issues in my hometown Bergamo, close to Milan. 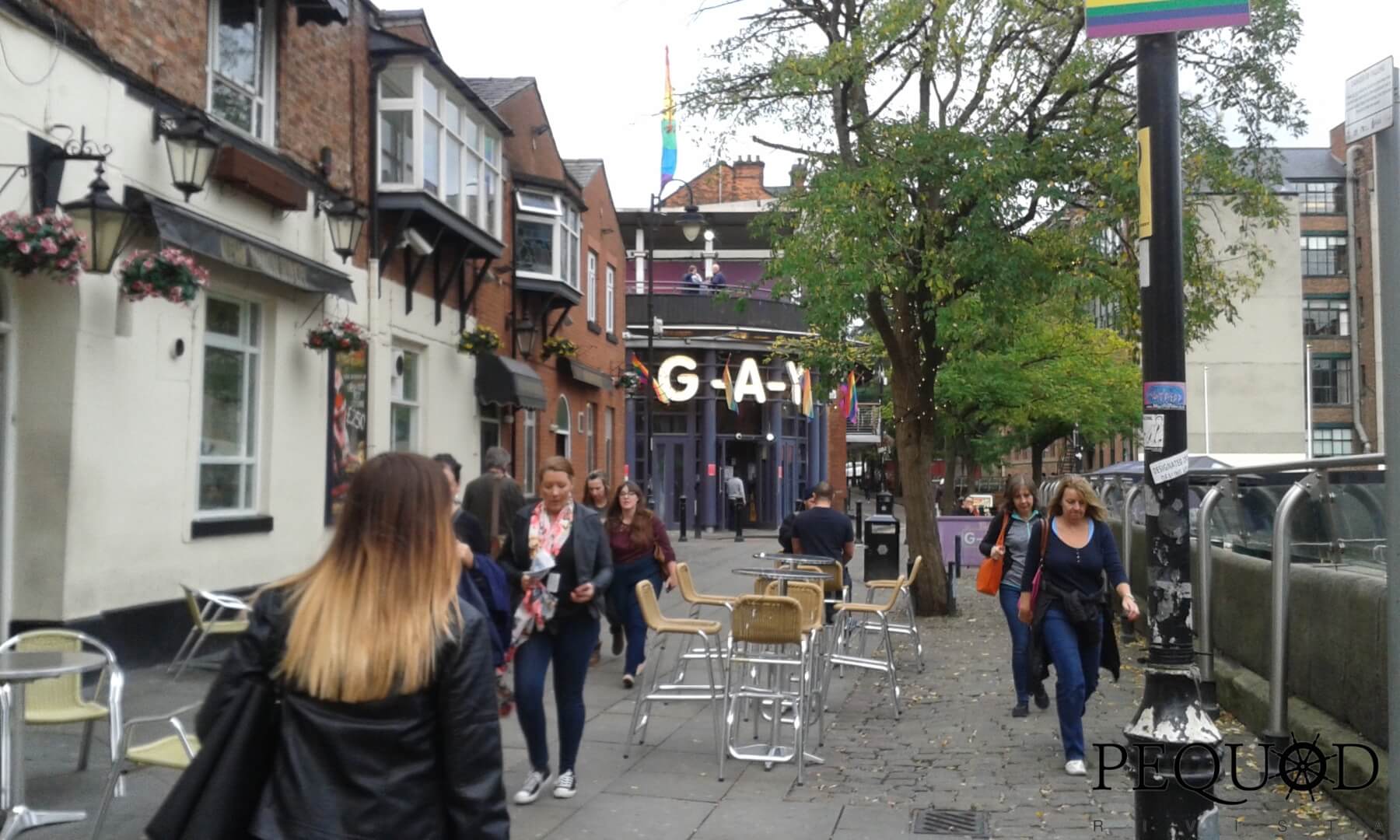 During my stay, I attended an English course at a private school in the city centre, situated about 7 miles from the Manchester Arena. Immediately after the attack, I contacted Paul Ames, a 49-year-old British teacher who works at the school I attended, to understand better how Manchester is doing. Paul has lived in the Middle East for 6 years and worked there as an English teacher, discovering himself and facing the challenge of living immersed in another culture. Paul is originally from Manchester and currently lives approximately 10 miles from where the attack took place. When the terrorist attack happened, Paul was in Italy, on a holiday in Venice. For that reason, he found out about the attack on the morning after, when he checked the news on his mobile: «At the beginning, I felt a mix of shock and sadness. Then, I became very angry imaging all the suffering this attack was causing».

This is the first attack to hit the city after the powerful truck bomb which exploded in central Manchester on June 1996. At the time, it was the biggest bomb to have been detonated in Britain since the Second World War. It caused widespread damage and injured 200 people, but there weren’t any deaths. Despite the surveillance the city is under and the fact that Paul didn’t expect the attack, he adds that «however, it was not a big surprise since it felt like it was just a matter of time until a terrorist attack took place». 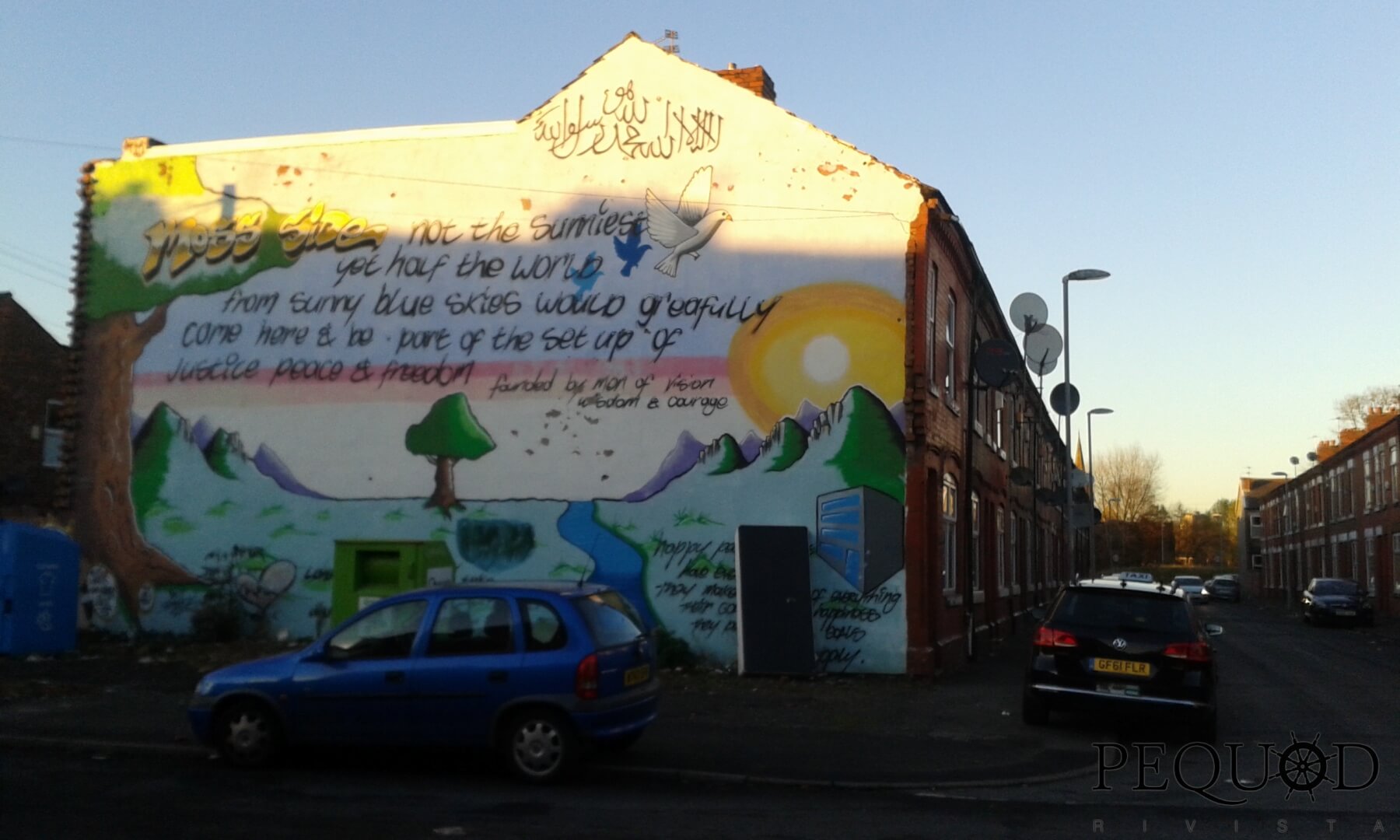 Rushholme, the Arabic neighborough where I used to live during my stay in Manchester. Credits: Francesca Gabbiadini.

Manchester is a lively place, I have already told you this. Anger is not the feeling that is currently running in the streets of the city. The citizens reacted with empathy and answered the terrorist act by flooding the places surrounding the Arena with flowers, poems, drawings and balloons. On the 4th of June, Ariana Grande came back to Manchester as hosted a benefit concert entitled “One Love Manchester” at Old Trafford Cricket Ground, which was broadcast live on television, radio and social media. The benefit concert and associated Red Cross fund raised £10 million for the victims of the attack.

Paul doesn’t notice any difference in his daily life after the bomb attack and he doesn’t have any desire to move to another place. He maintains that Muslim communities and the Muslim neighbourhood Rusholme didn’t receive a different treatment from the citizens or the police. Finally, I asked Paul a question about Europe and whether in his opinion these attacks are somehow threatening the concept of a united Europe: «The attacks may threaten a united Europe but I don’t think that is the intention of daesh. Unless Europe and its leaders wake up, it will sleepwalk itself into disaster in the next 20-30 years».

Konrad is a 23-years-old Polish man who attended my same course at the private school where Paul is currently teaching. Having moved from Poland to the UK, Konrad is currently working in London in order to save some money to attend an acting course in France’s capital in the future. I contacted him in order to understand better what moving across Europe feels like: «When the terrorist attack happened I was in Sevenoaks, near London, training to become a Personal Assistant for disabled people. I found out about it from my colleague… I was totally in shock; it’s hard to express all the sadness, sympathy as well as grievance caused by this security fail». He explains to me that he won’t stop travelling around Europe, or change his daily life just because terrorist attacks can happen everywhere: «Actually, I am thinking more about what kind of things I should have on in case a terrorist attack should happen [where I am], and if there are any things that could be useful to know».

Konrad has a positive attitude towards the European Union: «How do I see Europe? I see EU as a safe place to live in and welcoming people from around the world. We can make changes together».