What’s behind a victory parade?

More than seventy years after the end of World War II people and nations are still remembering the day the conflict ended. It is indeed an important moment of reflection for each citizen, who on the anniversary of his country’s liberation can appreciate the liberty he has more than during the rest of the year. On this day, which varies according to the country – it is April 25 in Italy, August 25 in France, May 5 in the Netherlands, for example – public demonstrations and parades are organized in several cities to pay homage to the victims of the war, to celebrate the resolution of the conflict, with the hope that something that terrible wouldn’t happen again.

Speaking of parades, an interesting case is the one of the two communist states which won the war, Russia and China. The meaning of memorial parades in the two states is of particular interest.

May 9th, devjatogo maja as they refer to in Russian, is also called “Victory Day” (Russian Den’ Pobedy). The name speaks for itself – Soviets chose to underline the fact that they had won the conflict. The entire eastern block of countries celebrates Victory Day on May 9, but Russia definitely does it bigger. Den’ Pobedy is usually celebrated with a solemn parade in Red Square in Moscow and all the departments of Russian Army join it. Interestingly May 9th parade had become a modest celebration in the 90s, but Putin brought it back to its majesty. The most glorious parade took place last year, in occasion of the 70th anniversary of the victory. It was joined by 16,000 Russian soldiers and 1,300 foreign troopers from 10 different countries, plus 200 tanks and 150 planes and helicopters.

Not only Moscow is interested by Victory Day parade though. Every Russian city celebrates May 9th with parades, fireworks, concerts and events, involving men and women, children and seniors. Nevertheless, the real protagonists of Den’ Pobedy, from Moscow to Vladivostok, are the veterans. They walk fiercely with their golden medals and their old uniforms, with a nostalgic gaze, and they are the real heroes of the day. One of them has recently become a case, when Russian photographer Aleksey Petrosian published on his Instagram profile a picture of a veteran crying during the 9th May parade in St. Petersburg in 2007, hoping to find his identity and reconstruct his story.

Despite Chinese people’s love for parades and political celebrations, for decades the anniversary of the end of the World War II in China – September 3rd – has been largely ignored by both the public and the government. This may seem apparently incredible, given the enormous death toll of the conflict in China – 20 million victims only among the civilians – and all the suffering inflicted by Japanese occupation (first and foremost the Rape of Nanjing).

Point is that it was Communist Party’s bitter foes – the Nationalists – who did most of the fighting and dying in WWII. For most of the war, the Communist Party had to operate in secrecy and was much less equipped than the Kuomintang, the ruling Chinese Nationalist Party supported by the United States. Beijing had therefore no interest in celebrating the victory of their enemies. 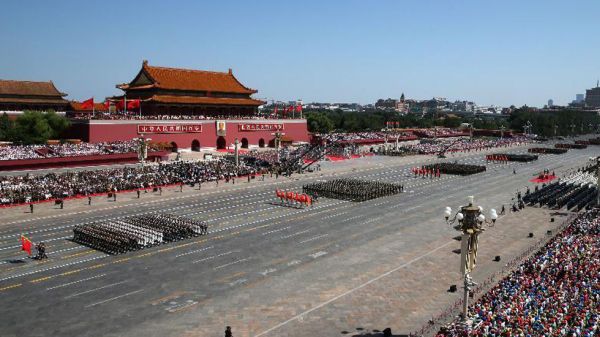 However, on September 3rd 2015, a sumptuous parade was held in Beijing to commemorate the “70th Anniversary of Victories in the Chinese People’s War of Resistance Against Japanese Aggression and the World Against Fascism”. The parade was not only memorable for its grandeur, but also because it was the first time that the anniversary was properly commemorated in 70 years. To mark the occasion, the government even set a National Holiday of three days to allow citizens “to participate in memorial activities”, as the announcement read. 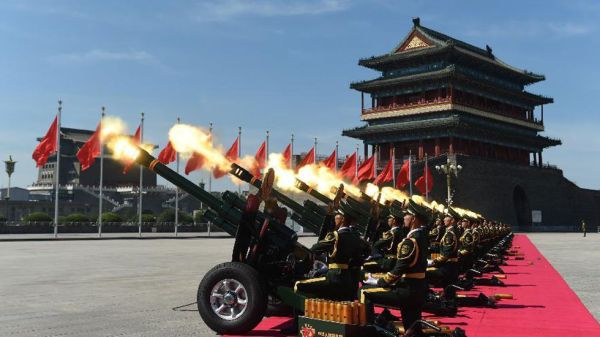 Why to start now? The reason is, of course, political. After Japan in 2012 nationalized the disputed Senkaku Islands (Diaoyu in Chinese), the relationship between the two countries have deteriorated considerably. The parade is therefore the last Chinese political move to underline Japan’s past (and present) aggressions and also to showcase China’s military force.

That’s how the anniversary went from being almost completely ignored to be widely promoted, but only for mere propaganda – probably not the best of reason.